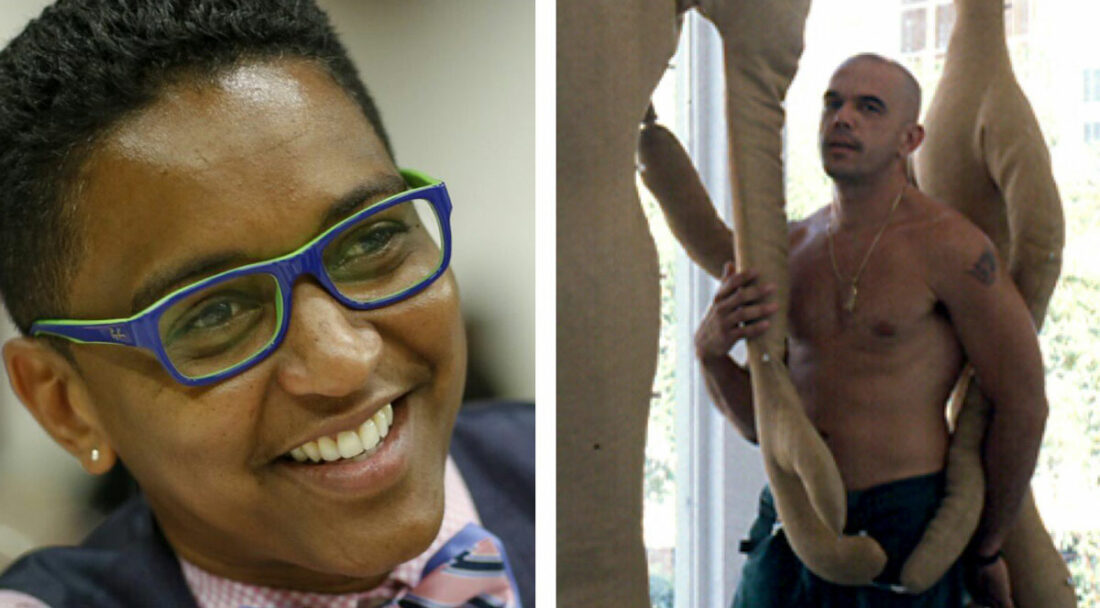 At 7pm, Lazaro Amaral will discuss the gay underground club scene in NY and Miami - its impact on the visual arts and how the scene contributed to the development of inclusive art exhibition spaces. Expanding on developing art spaces, at 7:30pm, G. Wright Muir will explore how LGBTQ women in South Florida are using art and advocacy to have enriching experiences while creating meaningful and sustainable connections.

Lazaro Amaral
Lazaro Amaral was born in Havana, Cuba and moved to the US. He graduated from Parsons School of Design in New York City, 1988. During that time Lazaro Amaral worked for David Spada Studios and Keith Haring Pop Shop, in New York City. After moving back to South Florida, his first art studio was at Art Center South Florida on Lincoln Rd. For 18 years, he was an instructor at the Art Center/South Florida now Oolite Arts. At present, Lazaro Amaral is an art instructor at MOCA in North Miami and the Art Director and Editor to MOCA's Teen Art Program Magazine. His work is currently featured in the Girls’ Club guest exhibit The Other Half of the Sky, on view through September 27, 2019.

G. Wright Muir
G. Wright Muir is an LGBTQ advocate, attorney and writer. She is the co-founder and producer of Thou Art Woman— a movement that uses the arts to celebrate LGBTQ women and allies.
G co-hosts Thou Art Woman events and recently co-produced, acted and wrote a short play in “I’m Coming: A Performance Project” at The Vanguard Theatre. She currently serves on the American Bar Association’s Commission on Sexual Orientation and Gender Identity and is a contributing writer for the American Bar Association, Sun Sentinel newspaper and Island Origins magazine. G shares her LGBTQ life on social media as @verygtv. She has been recognized for her advocacy by the South Florida Gay News OUT50 list and with the Florida Diversity Council’s LGBT Leader Award. G has two amazing sons who grew up way too quickly.