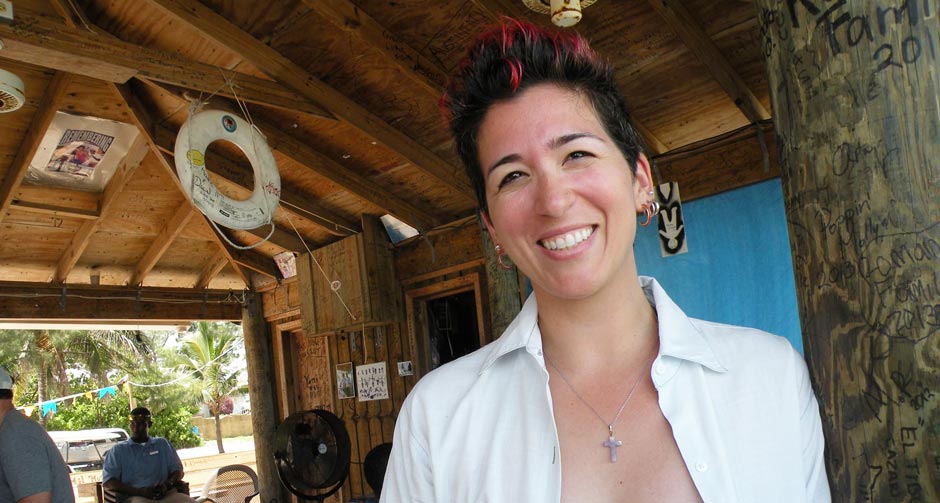 Vanessa Garcia, local writer and visual artist, has been selected as Girls’ Club 2013/2014 writer-in-residence. Garcia will work collaboratively with Girls’ Club to present various public programs and contribute writings in conjunction with the exhibition I think it’s in my head, curated by TM Sisters.

Vanessa Garcia is an multi-media and cross-genre artist, writer, and journalist. She’s written for various publications including The Miami Herald; HowlRound; The Southern Humanities Review; and The Art Basel Magazine, along with numerous other journals, magazines, newspapers, and online media. In 2010, she was named one of Miami’s 20 under 40 by The Miami Herald. That same year she was named one of Miami’s 100 Creatives by the Miami New Times. In 2008, she was one of four Literature Finalists, worldwide, in the Rolex Mentor & Protégé Arts Initiative. Through the Rolex initiative, she was able to cross paths with Nobel laureate, Wole Soyinka, who has, since then, called her work: “a tonic.” She’s the Founding Artistic Director of Krane, Inc — a theatre/arts company also known as The Krane (www.thekrane.com).

More information can be found at www.vanessagarcia.org.

Drawing from the surrealist tradition of the exquisite corpse, originally based on words and images, we bring you an extension of the collaborative practice. An experimental night of theatre that includes dance, performance art, and more traditional forms of theatre. A multi-disciplinary feast for the eyes and head, inspired by “I think it’s in my head,” curated by the TM Sisters. This is art your meant to live through, not just look at.

Guest Blog Series: 12 Women Lean Out of the Box and Out on a Limb

Both the recent popular writings Fifty Shades of Grey and Sheryl Sandberg’s Lean In tell women to “lean into” the current male-dominated business culture and the patriarchal sectors of the world in order to only then, perhaps, maybe, have a chance at changing the status quo. This seems the wrong way to go about it, and adverse to gender equality strides pursued by pioneering feminists in the past. This project’s aim is to understand the world according to the women of South Florida, women that are doing amazing work in the arts, business, banking, real estate, architecture, and who are doing it all with out leaning into anyone else’s preconceived molds of behavior. 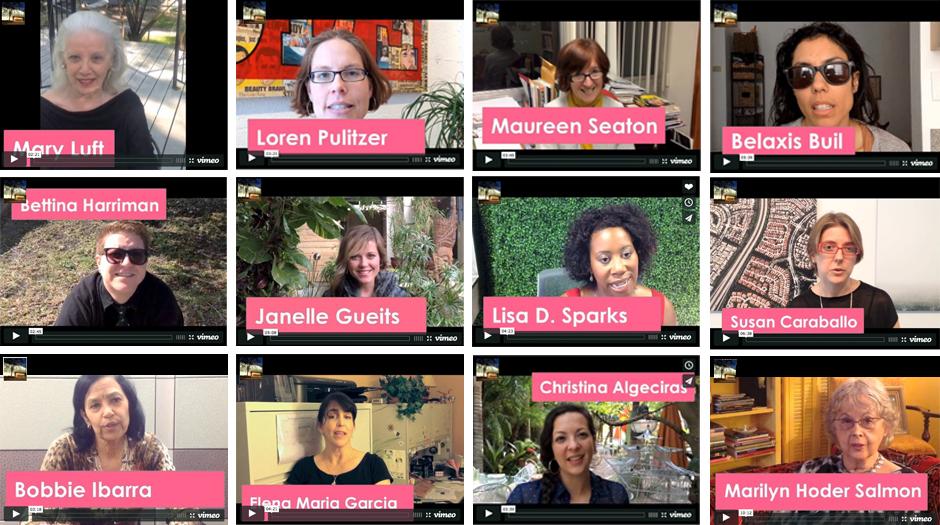 Patty & Lorrie: a work of fiction for the exhibition catalog, I think it’s in my head

A short story of two sisters, written in flashes, inspired by artworks from the exhibition I think it’s in my head.

“Patty knew it wouldn’t be easy. The way walking straight line was never easy after a beer buzz, or hiking up a tree with a skirt climbing up her legs hadn’t been either. Or smoking her first cigarette, that blazing trail down her esophagus; or breaking a dish on her father’s head. Porcelain, it turned out, was hard to break; but heads were harder.”

The term “Creative Nonfiction” gets tossed around a lot these days. New graduate programs are opening up to encompass the form, and writers are exploring it daily. It’s sometimes equated with Literary Journalism or Memoir. In this workshop participants will address how “Creative Nonfiction” can be applied to varying media from performance to painting; multidisciplinary work to storytelling; personal narrative to poetry.

Collaboration in the Visual and Literary Arts: community outreach workshop

Vanessa Garcia leads a group of teens from the PACE Center for Girls in a working focusing on collaboration as a tolls for creative visual and written output.

The workshop focused on the importance of collaboration as a tool for creative production. With a series of puzzles, short visual and writing exercises, the participants worked together to create collaborative and more detailed individual drawings and poetry.

Posted in In-Residence and tagged i think it's in my head, vanessa garcia, writer in residence
X